Events To Look Out For 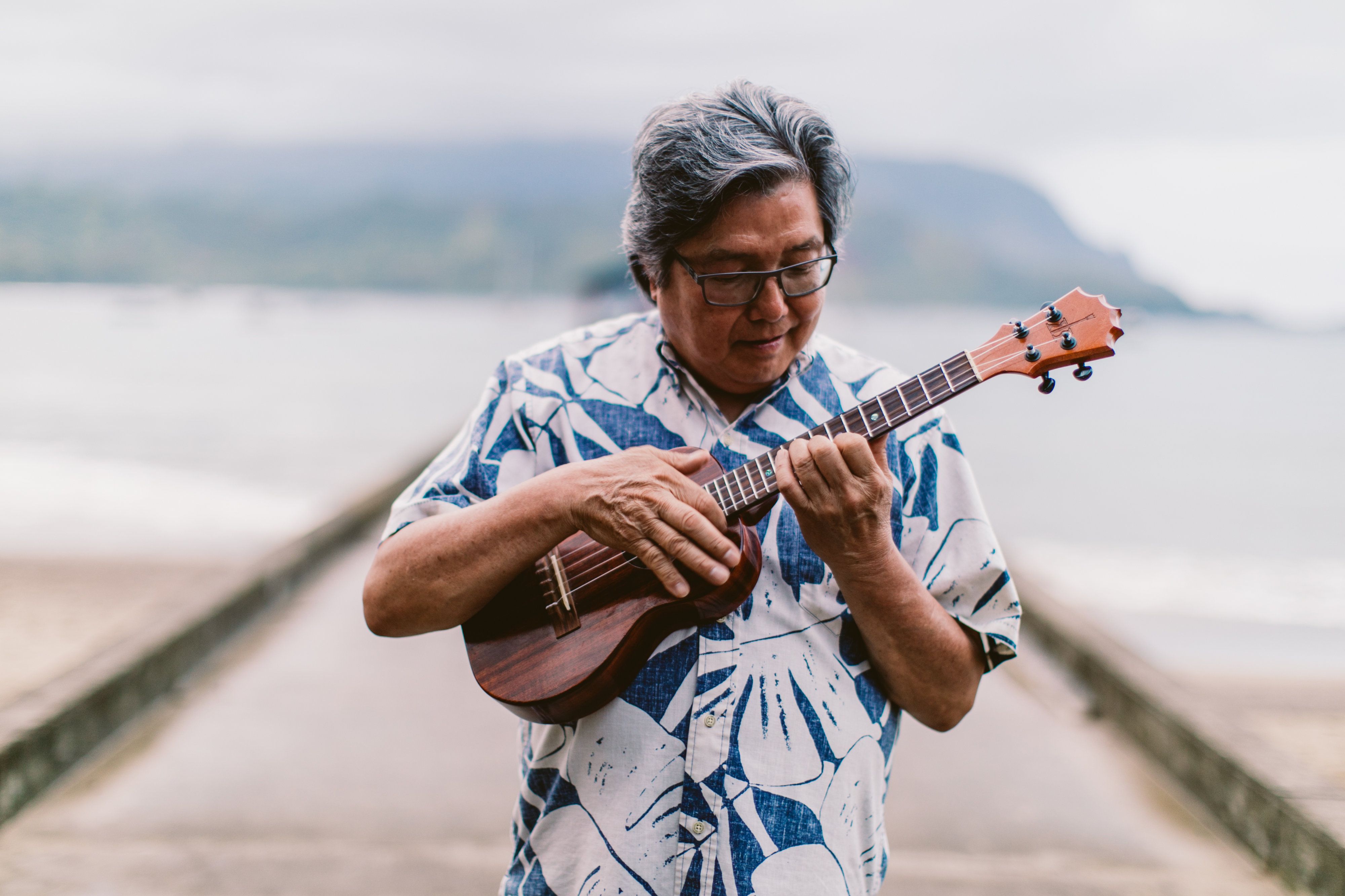 In the mid 1950's, my Dad bought me a Martin standard ukulele from Harry's Music in Kaumuki, Hawai'i, and I took ukulele lessons from Charlie Kaneyama in Kaumakani, Kaua'i, Hawai'i. After those lessons, I only played the ukulele occasionally. Instead, I played trumpet in the Menehune Swing Band until I graduated from Waimea High School.

In college, I sang for the first time in a Glee Club that took us all over the country and included performances on the Ed Sullivan Show and at the Hollywood Bowl. During the end of my last year in college, I bought a guitar from a classmate and taught myself how to play it, in a rather rudimentary manner, based on what I knew about playing the ukulele. In the late 1970's I taught myself how to play the bass, again in a rather rudimentary, based on what I know about playing the guitar.

A move to Virginia, and a re-connection with Hawai'ian music as a musician for my then very young daughters who were learning hula got me playing the ukulele again. In the past 20 years, I have been playing ukulele with Halau O 'Aulani, in the metropolitan Washington, D.C. area, and with The Aloha Boys. The incredible ukulele has taken me to foreign countries like France and Canada, and to venues like Carnegie Hall, the Kennedy Center, Wolf Trap, the Smithsonian Museums, the U.S. Capitol, and many other great places.

I now own five old Martin ukulele, including the one that I used to learn on.  My go-to ukulele these days is a KoAloha thinline tenor with a low G that Mike Aratani got for me after we did the Nico's Friday lunchtime gig with Ramon Camarillo in Honolulu. I also gig with a Nalu and MyaMoe tenor with a non-reentrant low G.